In 1953, the United Nations Organization for Education, Science and Culture (UNESCO) established the Associated Schools Project (ASPUnivNET) aiming to achieve a true multicultural network that contributes to understanding, peaceful coexistence and sustainable development of society. 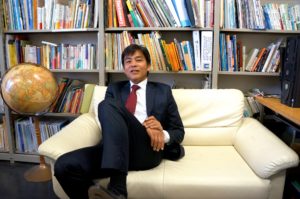 Twenty are the universities attached to this project in Japan. Since 2015, the Japanese University of Humanities and Culture, Tokai University, belongs to the ASPUnivNET with a prominent role within the network. We present the Annual Report of 2017 of the Japanese university. At this occasion the theme chosen was “Diversity and Inclusion”. They try to expand the concept of “diversity” not only culturally, or religiously, but to the broader term of the word – diversity based on gender, sexual orientation, age, and diversity, also addressing the physical condition of individuals. Photo: Profesor Daisuke Onuki (Tokai University, JAPAN).

Through its Department of International Studies, Tokai University, is one of the most active universities promoting not only knowledge of “the other” as part of the same human framework, but in provoking the knowledge of oneself through the expression and exteriorization of empathy.

The Head of the Department, Professor Daisuke Onuki, who has developed his professional career between Japan and Brazil promoting intercultural education, is responsible for strengthening this challenge with the new generations of Japanese and Brazilians. Likewise, Onuki is a professor of Gender and Sexuality, and acts in the University teaching about health and education issues in developing countries, in addition to acting on projects that aim to improve the education of Brazilian children in Japan.

Professor Onuki understands the need to promote personal and interpersonal empathy, and to intensify a relationship based more on knowledge and correspondence with others than on mere socio-cultural formulations. As he explains in conferences, talks, and interviews. We present some reflections that Onuki does for globo.com. 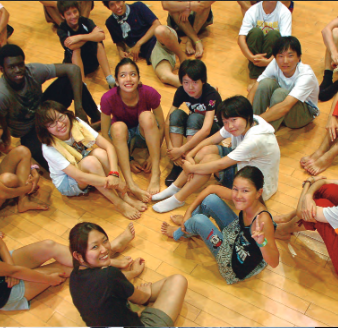