About Science and Spirituality

After thousands of years of separation, the scientific community has now given the recognition made possible by quantum physics of the union between science and spirituality.

With the confirmation of this link, The New Times Report sees a need to bring the two subjects together into the same section, because they both involve the same knowledge.

Ever since then, science has been identified as a style of thought and action in itself.

At the end of the 19th century, the scientific community began questioning the positivist model that had been dominant for three centuries and empirically interpreting the reality of the world in which we interact.

In 1900, the German scientist Max Planck maintained that light energy does not always expand as a continuous wave but rather as a set of small separate particles called “quanta”. At the time, he cannot have known the great effect his theory would have on knowledge of the essence of human beings.   His quantum principle led to a new way of thinking in the scientific world of the time, and moved the structures of traditional physics.   In 1918, Planck received the Nobel Prize for Physics “for the role he played in the advance of physics with the discovery of quantum theory.”

In 1930, the basis was laid for the new physics – quantum physics, which Albert Einstein himself and Niels Böhr helped develop. The quantum world meant new ways of understanding the reality around us in the broadest sense, involving time and space, leading us to awareness of our existence as the matter, energy and light we are.

In 1967, Erwin Schrödinger, winner of the Nobel prize for physics for his discovery of the fundamental equation of quantum mechanics, the basis for modern physics, stated that modern science had led us into a dead end and therefore required reconstruction.

The development of quantum physics, biology and cosmology in the 21st century has determined the incorporation of science into the new view of the world, shaking the foundations of the old view to contemplate the nature of the new reality we must all now experience. 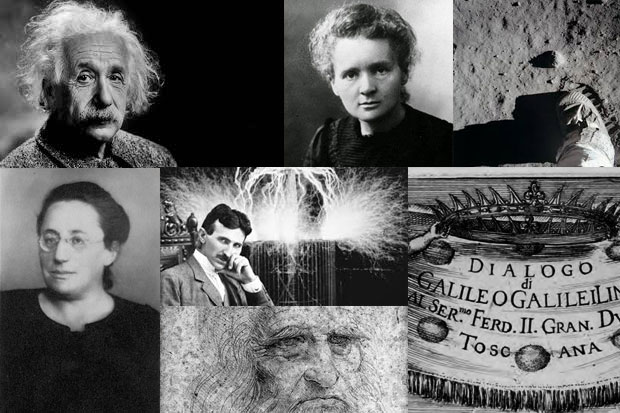 Science has capitulated to spiritual wisdom, from which it has been separated for centuries, accepting the existence of a particle – of a universal consciousness and creator of life – that has been passed down for centuries by the mystical and philosophical traditions of indigenous peoples and the ancient world.

Throughout history, great teachers have insisted on reminding us of the legacy that belongs to us through our own nature – the true nature of our essence: pure spirits living a human experience.

Now it is science and its equations which remind us that being spiritual means living, making decisions orientated towards the meaning we want to give our lives, and designing the world we want to live in.

When asked why scientists can believe in both science and religion, Albert Einstein himself said:

“…everyone who is seriously interested in the pursuit of science becomes convinced that a spirit is manifest in the laws of the universe – a spirit vastly superior to man”.