Cosmos, Greek term that means “order, harmony and beauty”. It is a place where each element occupies its space.

When science and philosophy offer an explanation of this order and the laws that govern it give rise the concept of Worldview in which three disciplines participate:

On the other hand, man studies the Worldview ordering it in three areas:

This new world view opens the door to infinite knowledge and new concepts and realities. It means the Universe can no longer be understood as a static, resting system and is revealed as a continually expanding order.

From this point onwards, the Milky Way is no longer the only galaxy in our universe; it is simply just one more of the immensity of galaxies.

In the Cosmos – the great “container” of realities – there are three great cosmological entities: the Universe; the Multiverse (which contains all the universes existing in space, in time and in non-matter) and the Omniverse, a term coined by Alfred L. Webre who defined it as: “the sum of the whole Multiverse plus the intelligent civilisations inhabiting the highest dimensions with high levels of spiritual development”. 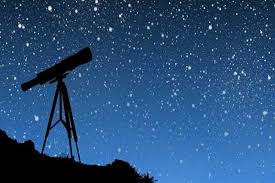 From the understanding of the Cosmos, and from the experience dated throughout the history of humanity, and from the most recent history of our time, a new discipline is recognized: Exo Sciences, the science that explains the Universe, understood this as a “multiversal” whole to which we belong together with all its manifestations.

In 1978, the General Assembly of the United Nations adopted the historic Resolution 33/426 under which it invites Member States…” to take appropriate steps to coordinate on a national level scientific research and investigation into extraterrestrial life, including unidentified flying objects”. It also invites members States to “inform the Secretary General of the observations, research and evaluation of such activities”.

The New Times Report aims to disseminate the news in Exo-Sciences, and analyze the impact that contact and interaction with other beings affects in the understanding of our beliefs, our dogmas and on our own origin as a species. Knowledge that will undoubtedly force us to rewrite our own chronicle as the human race.