David Harvey: a scholar of our own history

The British David Harvey is a trained geographer, an anthropologist by extension and a Marxist theorist by conviction. Pioneer in the discipline of Modern Geography, he is the greatest exponent of Marx’s work.

Professor Emeritus of the City University of New York, where he held the Chair of Anthropology and Geography, and a member of the London School of Economics, maintains an uninterrupted intellectual commitment. He is considered an authority in the work of Karl Marx, The Capital, and recognized as one of the leading Marxist thinkers in the world, being the most cited author in the field of Humanities.

“We are living in the world of debt slavery, in which the future of the majority of the population is in fact seized, by the way in which capital surrounds them. This kind of good life thing is: borrow money and then everything will be fine. “

For Harvey, capitalism feeds its own irrationalities because it is the only way to reproduce itself. Understand the urgency of a party that struggles against Wall Street, that emerges from the base revitalizing the power of the community, the union, and the organizations that try to cope with the situation. 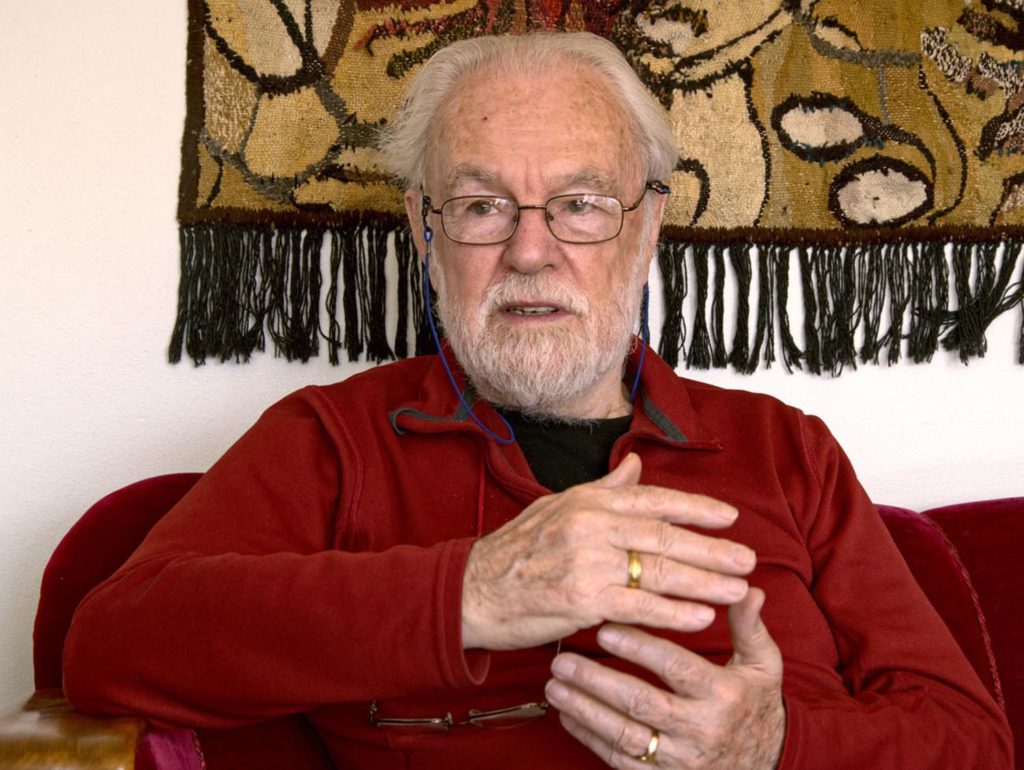 He considers that the Millennials generation is the one that has greater openness of consciousness and capacity to generate the new model. He is convinced that a good progressive system should prohibit voting for those of his generation because of the reactionaries that tend to be in general.

Recently he has published a new book entitled Marx, the capital and the madness of economic reason. Undoubtedly, this is another work that will contribute to his declared claim to “create heartburn to the beast of capitalism.”

In this book, David Harvey gives access to that synthesis acquired from Marx’s work and his geographical knowledge.

On the occasion of its publication, we collected the interview originally published in The Intercept , and translated by Pilar Gurriarán for El Salto.

In all his work, David Harvey addresses social justice, the environment, and culture and urbanism. He is concerned about the relationship of the citizen with the network of political and economic power in which he is trapped.

During the last years he has focused his study on the political and social transformations that both Bolivia and countries of the area have gone through.

In the following interview conducted by the Center for Social Research in Bolivia, he talks about the crisis of neoliberalism, Latin American socialism and racism, among other issues of interest.

On the occasion of the documentary that the Revista Contexto is producing with relevant figures of the North American society, entitled “The Left in the Trump Era“, this Weekly published part of the interview with David Harvey, who was elected for chapter one of the series.

In a magnificent interview, the professor emeritus expresses once again, with clear clarity, what happens in the political, social and economic fabric of the United States, and the implication that events imply for the rest of the world.

In 2017 David Harvey intervened at the Contemporary Culture Center of Barcelona, ​​to explain the relationship between modern capitalism and the impact of the electoral victory of Donald Trump. Interesting his reflection on Hillary Clinton as a candidate for the White House.