Ethical Banking: The Alternative to the Traditional Financial System

More and more people believe in the idea of ​​ solidarity living, in a fairer society where moral and ethical values ​​ prevail over purely economic ones, based only on get the particular benefit.

The traditional financial system does not respond to the new demands of the consumer, whose expectations conflict with an exclusionary system, and which encourages social inequality.

Users begin to demand information about the control of their finances. They want to know what banks do with their money, and what are the projects or companies that finance it.

The term credit loses its meaning from the moment in which financial institutions decide to grant it only to those people or projects “ who do not need it “, since in order to achieve this they have to demonstrate previously a certain solvency as a guarantee of return. There are then excluded from the banking circuit those “social projects” that lack initial resources , or are not directed exclusively to achieve an economic benefit .

What is an Ethical Banking?

In response to all this type of approach and as alternative to traditional banking , whose sole objective is the economic one, a series of options with different characteristics arise.
All of them share a same goal : to offer alternative channels to all those people who want to give a social end to their savings , investing in projects with an added value for society from the social, environmental, cultural, educational and health point of view. It is basically applying ethics throughout the financing process.

“With the emergence of ethical banking a new financial system emerges with which we can save and invest, seeking a triple benefit: social, environmental and economic.”

For Ethical and Solidarity Funding, and according to the principles of ethical banking, the economic benefits “ are intrinsically linked to social and environmental benefits. If an ethical bank would only consider the economic benefits, it would become just a bank, and if it only looked at environmental and social benefits, it would cease to be a bank. ”

“Ethical and Solidarity Funding are those that make economic and financial profitability compatible with the achievement of social and environmental objectives. ”

The ethical bank is supported by certain principles common to all initiatives:
• Transparency: The saver will know at all times what their money is being used for, ie what projects or companies are being financed with it.
• Alternative finance: facilitate access to credit for collectives that are traditionally excluded since they do not focus exclusively on the recovery of the amounts lent, but on the work that is done with them.
• Sustainable and ecological projects: Financing of productive economy projects, sustainable, ecological and with a social focus.
• Social value: economic resources are used with a social benefit: job creation, promote social-labor insertion, develop products or services of social utility and promote clean production processes, among others.
• Ethics committee: evaluates the social or environmental impact of the project and supervises that the entity that develops it complies with the principles of the solidarity economy.
• Democratic decision: Organizational forms that facilitate democratic participation are promoted. It is common that some of the ethical financial entities are Cooperatives, being the user-partners who decide the basic policies of the entity, regardless of the capital contributed. In this way a person equals one vote.

In Spain there are different initiatives of Banca Ética aimed at people and organizations, who seek a responsible use of their money according to their values.
All of them follow the principles outlined above, although they differ in the way in which decisions are made and in the degree of connection and participation of users.
At present, a considerable number of entities operating under the heading of Ehical Banking, however are 3 the best known ethical banks in Spain:

It is the benchmark for ethical banking in Europe with more than 650,000 clients in Europe and more than 200,000 in Spain.

Triodos Spain is the subsidiary of Triodos Bank. In addition to our country, they have branches in the Netherlands, Belgium, the United Kingdom and Germany, and since 2013 an agency of Triodos Bank operates in France.

This bank is committed to supporting renewable energy projects, projects linked to bioconstruction and sustainability, as well as solidarity projects that have to do with education.

It’s not the same to invest in renewables than in nuclear, in organic agriculture that in transgenic, in fair trade and development cooperation than in business against human rights

According to Joan Antoni Melé, currently a member of the Advisory Board of Triodos Bank, “The bonds are what spoiled banking in Spain, because it was what arouse greed in bankers, instead of interest in things well done”.

On these and other questions J.A. Melé, addresses the principles on which ethical banking is based, and moral and ethical crisis, more than economic, during the conference offered at the School of Industrial Organization under the title

“Money and Consciousness: Who does my money serve?”

Fiare currently operates as a branch in Spain of Banca Popolare Etica , an Italian credit cooperative born in Padua more than 15 years ago, and introduced in the Basque Country in 2003, opening its first headquarters in Bilbao and extending later in the rest of Spain.

In addition to financing social projects , this bank, cooperative regime, invites its members to participate who, regardless of the capital contributed, each has one vote. All of its operations are published on its website, being “transparency” its foundation pillar.

“A cooperative bank can not ask for social capital in the market. This makes the cooperative banking independent and faithful to the original mission, because nobody can buy it.” Ugo Biggieri, President of Banca Popolare Etica.

According to Peru Sasia, President of Fiare Spain, “the priority of the project is to create a dense network of social capital. A set of people and organizations that take ownership of the project and make it theirs. We do not tell you: buy Fiare; we tell them: build Fiare.”
These and others are his statements regarding the initiatives, the principles, the values ​​and the foundations that make up the Ethical Banking.

It is a financial services cooperative that operates exclusively for its members. Here there is no customer figure, but all people and entities that are linked to this cooperative do so from the position of partner.

The partners will always be entities related to the social and solidarity economy: Associations, Foundations, Insertion Companies, Cooperatives and ONG’S. Under no circumstances may a person be a natural person or any purely commercial legal form, such as a limited company or a limited company.
It was founded in Barcelona in 1996 at the initiative of a group of workers from the old Editorial Bruguera, and although in its beginnings the idea of ​​expansion was not housed, the interest awakened determined the possibility of extending its “modus operandi”. operandus “” In other areas.
Currently, Coop57, in addition to Catalonia , is represented in Galicia, Basque Country, Aragón, Madrid and Andalucía,  always in a horizontal and decentralized way,  and each region maintains its own organizational structure.

“We are not regulated by the bank of Spain, therefore, people who go to a part of their savings in Coop, has to be aware that it will not be regulated by the deposit guarantee center.” You will trust our organization, which is the property of themselves and the entities of the social economy.” Ramón Pascual, Coop57 coordinator in Spain.

This report, produced by RTVE, offers a wide range of information on ethical finance and its operations in Spain. 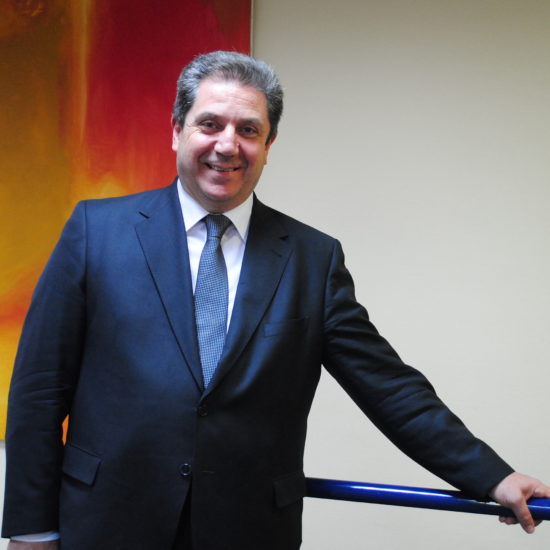